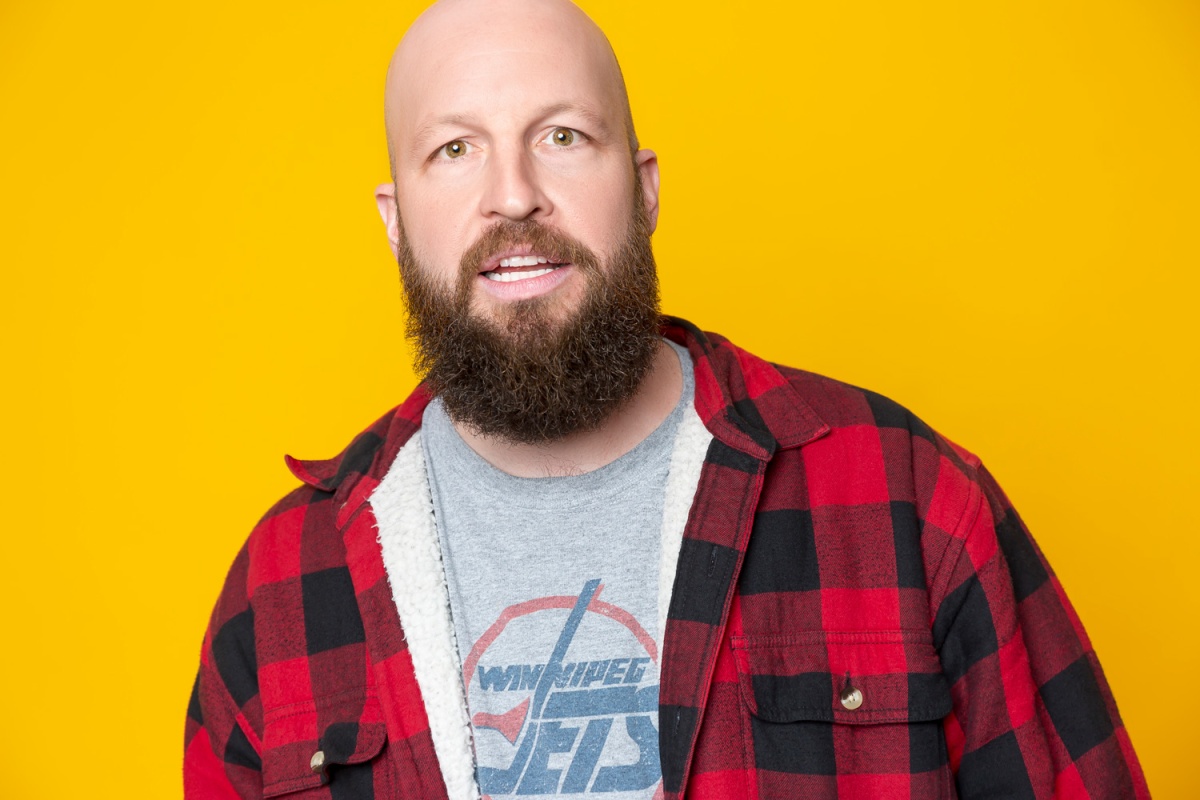 Gabe Kea is a comedian from Cincinnati, who will be in Louisville as the featured comic for a show at Planet of the Tapes on Sunday.

He will close out the Second Sunday Showcase on July 11 at 7:30 p.m. Other comics on the show include Shawn Braley of Cincinnati; Kate Murphy and Steven Wilber, recent transplants from Portland, Ore.; and Louisvillians Jordan Goodwin, Eric Groovely, Erika Avery, Rich Enright and host June Dempsey.

Tickets are $8 and are available here.

You have performed across the country.  Do you have a favorite venue that is closed?

There are so many comedy venues where I have performed that are now closed. It’s hard to pick a favorite. I would have to say my favorite venue that is now out of business would have to be the Louisville Improv. That bed in the comedy condo could be the softest most comfortable mattress I ever slept on.

But Deja Vu comedy club in Columbia, MO, is probably my all-time favorite closed comedy venue. I worked with so many great comedians there. I got to open for Tom Wilson (‘Biff’ from Back to the Future) he opened with a ping pong ball bit. It was the greatest! He is a legend!

You have appeared at a lot of colleges. How are college crowds different from club crowds?

The main difference with college crowds it is just a more specific demographic … obviously young students. There is more of a mix of different groups of people in the club environment.

Also, the first time I ever saw live stand up comedy was when I was in college. Kevin Meaney came to my school and did a show. It was great! He was great. I got to hang out with him after the show. He thought he bombed, I thought he did excellent.  That was my first time ever experiencing live stand up comedy, which is good to remember from a performers perspective going into a comedy show at a college.

Your audience is young kids that may have never seen live comedy before. This idea that you cannot say certain things to a college audience is almost always coming from the same type of person, an old person.  Its usually someone that is famous for being on television 30 years ago who says you cannot say anything in front of these kids.

Every comedy horror story for me is when you are headlining and no one shows up for the show. Or worse than that — if only four people show up and they are all your ex-girlfriends, or your in-laws, or a friend from school, or your neighbor that doesn’t talk to you anymore because you put “It’s Over” in Christmas lights on your roof on January 20th in response to their Trump flag.

It is always scary to be doing a show and have no one show up, but almost worse than that is when only a few people show up and they know you. They have never watched you perform live before and instead of them blending in with some sold out crowd and watching you perform, it is just them. They are the audience — you must perform your act directly to a familiar face.

You have lived in Canada, St. Louis, and Cincinnati. Which is funniest?

I grew up in St. Louis. My parents are from Canada, and now I live in Cincinnati.  I have to say that each is funny in a different way, but I really do enjoy seeing Americans make fun of Canadians. Because they think they know so much about Canada but really their knowledge of the country is just what they have gathered from watching a combination of South Park, Letterkenny, and Trailer Park Boys.

Every region is unique and funny in its own way.  But if I was to name one place I would say the funniest is definitely Minneapolis, Minn. Chad Daniels is the best!!

You have a story you tell of a guy who did you wrong in college. Have you ever gotten blowback on that joke or heard from the guy?

I have a joke in my act about getting arrested while I was in college. It is a true story involving a familiar name that audiences seem to recognize, at least audiences in the United States recognize this persons family name.

In Canada everyone might think I am talking about the 2019 Conn Smythe winner that drove a car into a Tim Hortons. I have performed the joke throughout the country and have talked to several people after shows that either know this person personally, grew up with him, or went to college with the both of us. But honestly I am unsure if word has ever gotten back to them about the joke.

It is one of my favorite jokes to tell because it is about a critical time in my life that connects with audiences. Still, many people ask me whether it is a true story or not. Like I would make the whole thing up because I had an unpleasant customer service experience with a company and I made this entire backstory up just to get revenge!!  Now that’s funny!

If you want to hear the story, you have to come to Planet of the Tapes on Sunday, July 11, because I only get into the details when its live and we are not being recorded.

Check out Gabe’s website here with video clips and more.