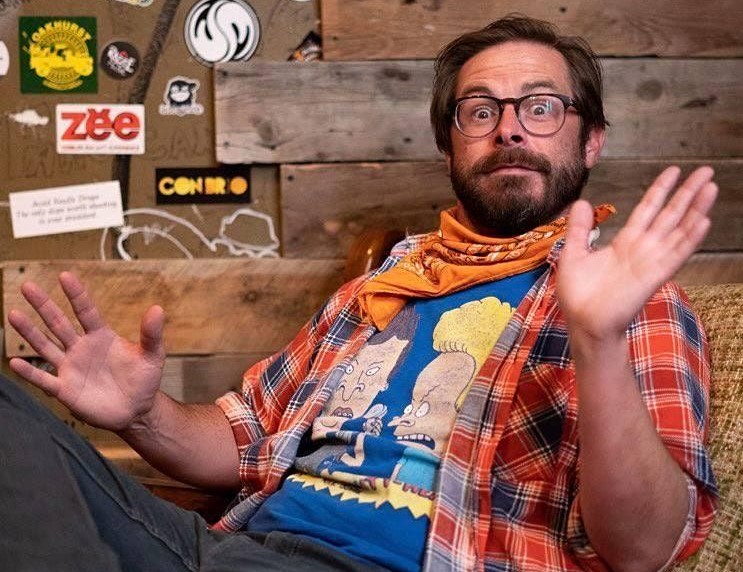 Danny Maupin is a Louisville native who performs comedy across the country and is a co-creator of the Late Late Breakfast show.

He will be at Kaiju on Sunday for a free comedy showcase that includes Sean Smith, Reed Sedgwick, June Dempsey, Erin Dowdle, Neil Carter and host Dan Alten with an open mic after.

Danny took the time to answer 5 Questions from Louisville Laughs.

Louisville Laughs: You work out of Los Angeles, Chicago and New York City. What brings you to Louisville?

Danny Maupin: This is my hometown and my lease was ending in Los Angeles during lockdown. Luckily I was able to get vaccinated shortly before that, and I decided to head back to Louisville to be with family and perform since things were open here.

But, in all honesty, that’s temporary and Sunday’s show is actually my last show in Louisville for 2021 cause I’m hitting the road later this month. Catch me while you can Kentucky!

You have been part of a lot of comedy festivals. What is the difference between a great festival and a terrible one?

In my opinion, the standard of a great comedy festival is booking quality and diverse talent, not booking more shows than your audience can handle so audiences aren’t stretched too thin, and organizing a performers and VIP only after party every night.

We all travel from all over the country to perform, and we love meeting each other and having fun off the clock.

Your Late Late Breakfast show was called a top  concept comedy show in New York City. Can you describe the show?

Each show features top comedians delivering their polished material while going up against a bevy of unique games and challenges designed to keep both them and the audience on their toes, providing an experience that canʼt be missed.

Pie fights, laser tag, polygraph tests — you never know! Expect anything and everything out of the ordinary, all of it held together by solid, hilarious standup comedy.

Bombing with one of your comedy heroes in the audience.

Tell us how you got Tom Bergeron’s autograph.