Larry Starks and Joe Deuce will be performing at the Planet of the Tapes on Friday and Saturday. 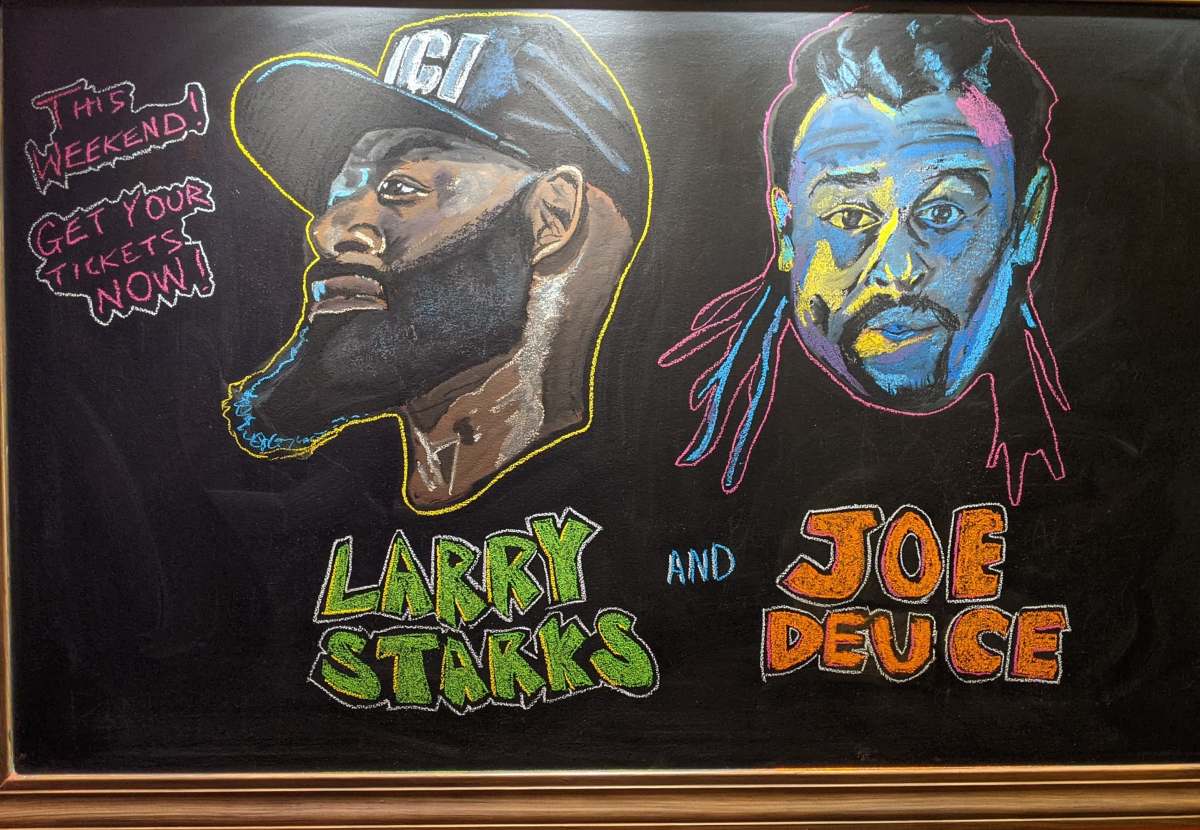 Planet of the Tapes is bringing some of the top comedians to Louisville, including this weekend with a pair of stars from Lexington — Joe Deuce and Larry Starks.

Joe Deuce has been crowned Funniest Comedian in Lexington by Comedy Off Broadway (2013), Dayton’s Got Talent Champion (2015), Funniest Comic East of the Mississippi (2018), and NoHo Comedy Festival Rising Star (2019).

Joe has also been seen on the TV show “Laughs” on Fox and Hulu as well as “Trial By Laughter” presented by Comcast. He has performed in over 30 states, more than 100 colleges and at corporate events, theaters and comedy clubs across the nation.

Here’s a review of Deuce from the Kentucky Kernel, the University of Kentucky newspaper, from a performance at UK:

“Deuce stole the show with his jokes about Black History Month, his pokes at college kids. … His charisma on stage captured the audience’s attention throughout his 45-minute set and had them laughing the whole night.”

Larry Starks is a powerhouse comedian best known for his STARKSTV1 YouTube channel. He has earned massive popularity there for his speed roasts of various celebrities and pop culture phenomena.

All shows are 21-plus. Bring a mask or proof of vaccination.

Planet of the Tapes is the most unique bar in the Louisville area with with a Comedy Theater, Cinema Lounge and a full-service bar with movie-inspired craft cocktails such as the “Strawshank Redemption” and the “Berry and the Hendersons.”