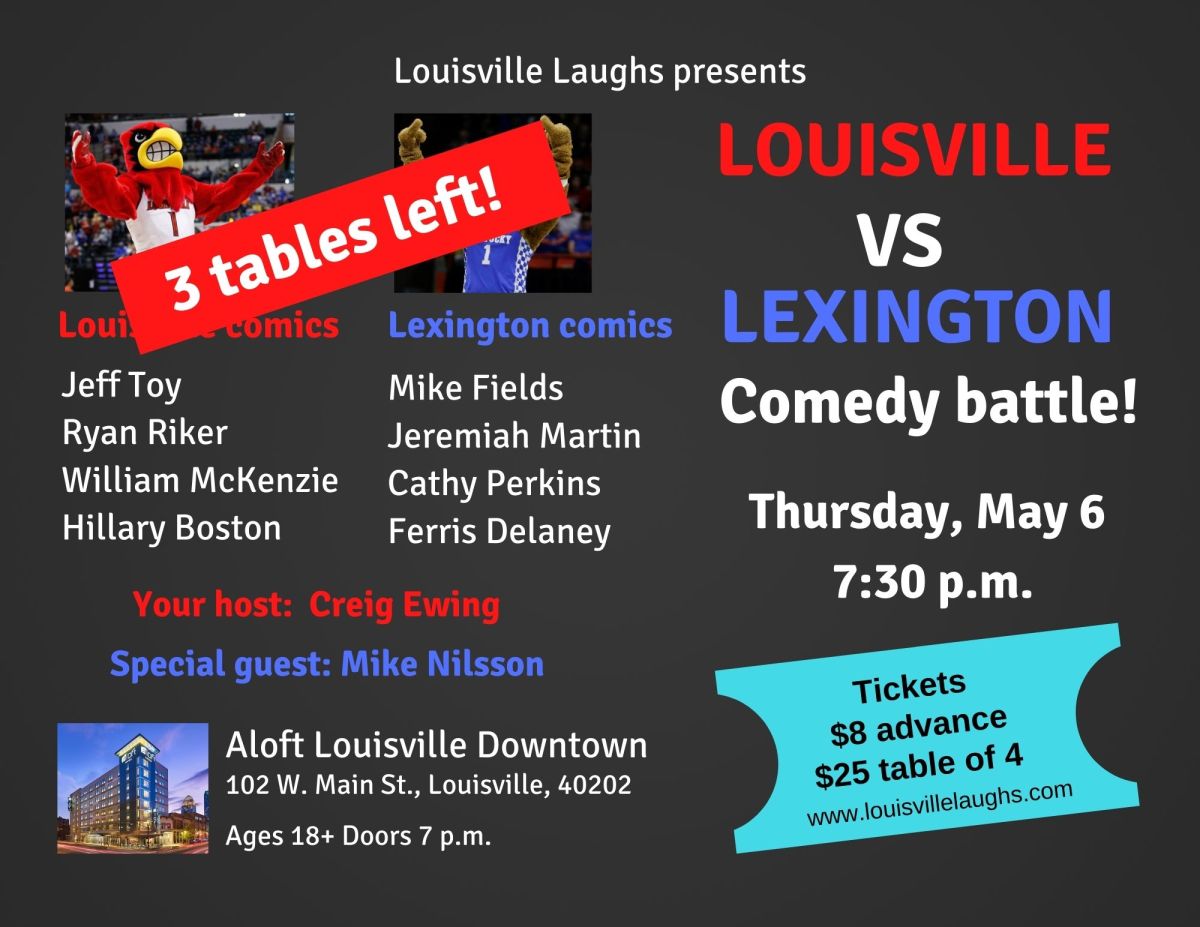 The lineups are out for the Louisville vs. Lexington Comedy Battle on Thursday, May 6 at the Aloft Louisville Downtown from Louisville Laughs.

Tickets are $8 for general admission or $25 to reserve a table that seats up to four. Tickets are available at Red Pin Tix.

Seating is limited. Only three tables were available as of Monday, so get your tickets in advance and come out and enjoy a great show.

One knowledgeable local comedy audience member predicts that Lexington will win and may even sweep all the matchups. So come out and support your city.

Also on the show will be host Creig Ewing of Louisville Laughs and veteran comic Mike Nilsson to entertain the crowd while the votes are tallied.

Doors open at 7 p.m. Come early to the Aloft and enjoy a drink at the Corner bar and relax and shoot a game of pool in the comfortable lobby.